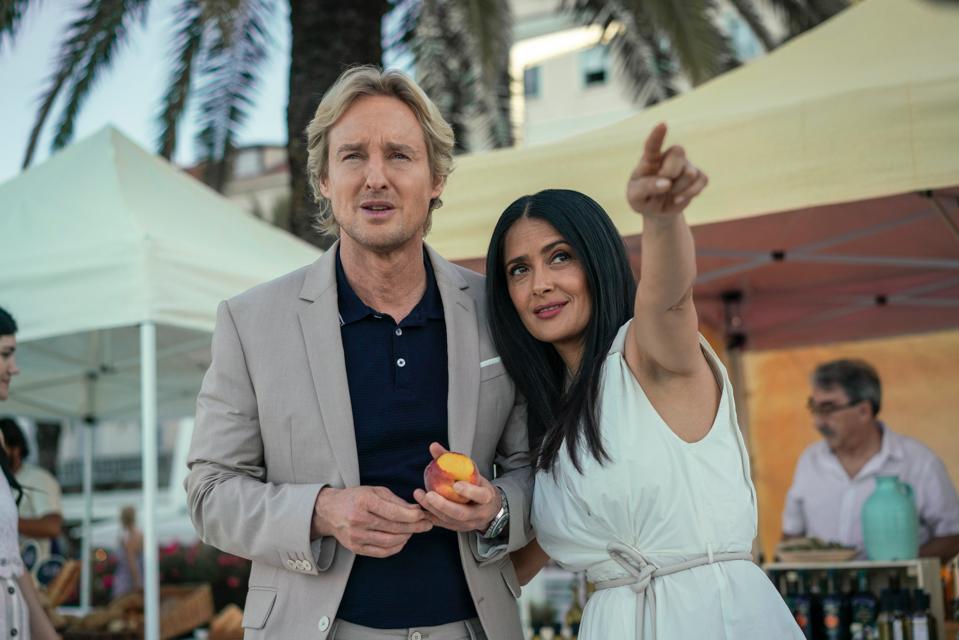 The mind-bending sci-fi drama Bliss was a reality check for Owen Wilson in more ways than one.

He plays a recent divorcee, Greg, whose world is falling apart when a mysterious homeless woman, played by Salma Hayek, enters his life. Greg quickly finds himself dragged into her world, a reality she claims is nothing more than a computer simulation.

“So many things that I watch, that I read, and that I’ve been a part of are very easily explained and very easily understood. That doesn’t mean that they’re bad, just that they are easy to get,” Wilson explained. “Bliss is something that was much more complicated for me to understand, what is real and what is not real for this character. I just thought that ambiguity is more how I feel in life, so that was what was attractive to me.”

“The director, Mike Cahill, and I had some mutual friends, and he had thought of me for this character. Before I’d even read the script, we met in my backyard, and he told me the story. I liked the story, but I liked him a lot. Sometimes that ends up being what you go on as much as anything else. It’s the feeling you get from a person.”

Although partially shot in Croatia, most of Bliss was filmed in Los Angeles, in the somewhat otherworldly Downtown area.

“I’ve been in Los Angeles over 20 years, but I travel a lot, and it occurs to me, ‘My God, I go to all these different places, and I don’t even know the city that I live in.’ There are so many different parts to Los Angeles,” Wilson reflected. “Early on, when I was living more in Hollywood, I was a little bit more kind of exposed to things. I’ve been living near the beach for a while. That’s very different from where we were filming this in Downtown LA. It was easy to see as if you need a reminder that many people are experiencing the world in a very different way than you are. We settle into our own reality. It’s not to say that one is more valid or meaningful; it’s just that you have to have a sort of humility about anything you believe because whereas it may apply to you, it’s not going to apply to them.”